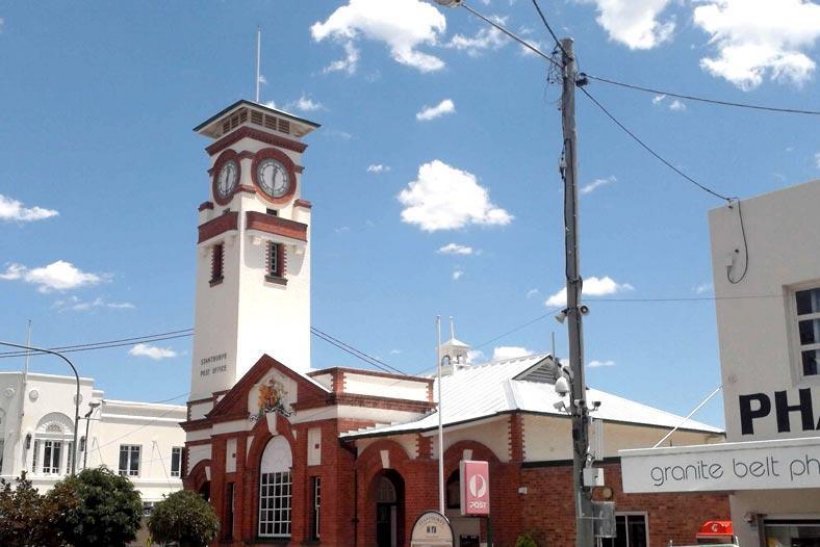 Combining elegant heritage style with state-of-the-art performance, LYSAGHT BAROQUE® cladding was the perfect choice for a new roof on the glorious old treasure that is Stanthorpe Post Office.

Sitting in splendour at the heart of Stanthorpe, an agricultural-based city 223 km south west of Brisbane in south-east Queensland near the NSW border, Stanthorpe Post Office was designed by J. S. Murdoch in 1901, prior to his becoming the chief architect for the Commonwealth of Australia from 1921 to 1929.

With its clock tower soaring upwards from a graceful red brick structure replete with arches and a multitude of elaborate architectural details redolent of its era, it has stood the test of time and served Stanthorpe's citizens well across over a century.

Which is why, understandably, the heritage-listed old dear required a little refurbishment, including a new roof, in 2016.

But not any new roof would do; it had to be a very particular roofing material used and it proved to be LYSAGHT BAROQUE® cladding that met the unique requirements, as explained by Jared Hinkley, Director of Sunshine Coast-based Ascent Building Solutions, who were contracted to remove and replace the old roof by builder ICM Constructions.

"It wasn't a large project, probably only about 350m², but unusual in the type of material that had to be used," Jared said. "The LYSAGHT BAROQUE® cladding was required for the job to match the original profile from1901 and to suit the style and heritage architecture.

"Because the building is heritage listed, everything had to match; we used LYSAGHT BAROQUE® cladding in the traditional heavy coated Galvanised Z600 steel - essentially, a similar looking product to what would have been originally used on it."

While the choice of LYSAGHT BAROQUE® cladding was fairly straightforward for the heritage refurbishment, the installation was a bit tricky thanks to the weather and nature of the roof, as Jared explained.

"There was quite a steep pitch to the roof, plus we had a lot of rain during the project and with the type of profile it is you have to strip off a fair section of the roof, and all the installation methods of the old roof sheeting were different to today's roof sheeting, so there were a few things we had to manage," he said.

"But the guys at Lysaght's Sunshine Coast branch were very good to deal with, particularly as this is not a common product and had to come up from South Australia; they chased up all the information we needed, made sure we had plenty of material in case something went wrong, and the installation guides were very good, so in the end it all went well."

Ben Sutton, Manager at Lysaght's Sunshine Coast branch, said they were pleased to help Ascent Building Solutions meet the challenges of restoring the crowning glory of the historic post office.

"We always enjoy assisting our customers, but it's particularly rewarding to work on a project where we are helping to restore an important part of our country's architectural heritage," Ben stated. "Lysaght has played a long and proud role in Australian architecture and construction, and we are always pleased to be continuing that heritage."

Not all products featured in this case study are suitable for every application, project and environment. You should confirm the suitability of particular products for your project by contacting the supplier directly and by obtaining information and advice specific to your circumstances. The statements, information and opinions quoted in this case study are provided by the featured supplier. Please refer to the Terms of Use for further details.